An introduction to net metering: your friend and business partner

March 12, 2018 / p15 / Comments Off on An introduction to net metering: your friend and business partner

Net metering (also known as net energy metering or NEM) is a billing arrangement that allows businesses and individuals generating their own electricity to deliver unused energy back to their local power grid and get credited back for its retail price. While it’s a simple concept, it can lead to complex questions:

By the end of this overview, you should have a better understanding of how net metering works—and how various net metering concepts, such as solar energy credits, are applied. For many businesses and homeowners, net metering is the key feature that makes an alternative energy project financially feasible.

How does net metering work?

So when you’re (literally) burning the midnight oil , the bidirectional meter records how much electricity is delivered to your facility. And on the “sunny side,” if your solar panel system is in full swing and producing more energy than your operation can use, the meter records how much electricity is received by the utility. A third reading on the meter displays the difference between the amount delivered and received, or “net” energy used. (Hence “net metering.”)

What are solar system credits?

When your meter is metaphorically spinning backwards, it’s essentially logging credit against the electricity used at night, on cloudy days, or at any time when your organization’s electricity use exceeds the amount supplied by your renewable solar energy system.

These credits are applied to your monthly electric utility bill. If you produce more solar energy than you use for any given month, you get a bill credit that rolls over to the next month. In some states, bill credits can roll over until they are used up. In others, there is an annual reset point where you are compensated for any excess solar energy generated during the annual timeframe. You’ll want to confirm what rules and incentives exist in your state.

If there is no energy storage system connected to your commercial solar installation, the electricity created by your new solar power system needs to be used when it’s generated. Net metering and solar system credits make it possible for you to benefit from all the clean energy your commercial solar panels create, not just the electricity you’re able to use at the moment it’s created.

How do I know if net metering is an option for my organization?

The commercial solar power industry is one of the biggest benefactors of net metering. The policy originated in the U.S. as early as 1979 to compensate green energy proponents for investing in renewable energy. As the cost of generating solar electricity has come down, the debate over net metering policies has escalated in some areas—specifically, the rate at which solar credits are valued and special charges that might be assigned to renewable energy generators. When more renewable energy is generated than is used, the utility provides a credit back on the surplus at the full retail price. However, some argue a wholesale rate would be more equitable, since the solar power system owner does not pay for the maintenance of the utility’s infrastructure.

Policies, levels of support and availability vary widely from state to state. While most states allow net metering, different approaches have been taken to policies regarding capacity limits, eligible technology, the costs of connecting your system to the distribution grid, and Renewable Energy Credit (REC)ownership. The National Conference of State Legislatures (NCLS) offers a detailed overview of these different approaches to net metering.

The Database of State Incentives for Renewables & Efficiency® (DSIRE) is funded by the U.S. Department of Energy and is touted as being the most comprehensive source of information on incentives and policies that support renewables and energy efficiency in the United States. Simply visit their site and input your zip code to find incentives and policies available near you.

Are there any other benefits of net metering?

The most obvious benefit of net metering is that it can help reduce your yearly spending on electricity. Other benefits include:

What if I still have questions about net metering? 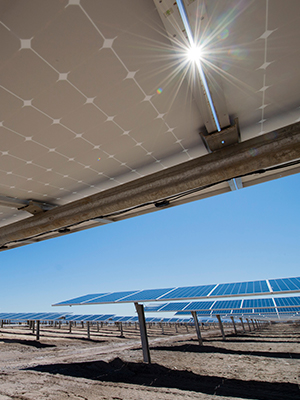 For a deeper dive into the topic, here are a few resources to get you started. (Keep in mind, however, that net metering is facing increased scrutiny by public utilities and legislators.)

A quick introduction to the solar energet innovation

Solar incentives, policies and advocacy: 6 info-packed sites to save and share