July 9, 2017
Be honest—if your kid came home beaming with pride for getting a 20% on a spelling test, you’d be questioning their understanding of math as well as language arts. 20% just doesn’t sound impressive. But what if your grade-schooler was being quizzed on a list of 500 doctoral-level vocabulary words? You may then be tempted to call Mensa.
The same can be said of solar panel efficiency ratings. Once you understand what’s behind the grading system where peak performers register in the low 20s, you may have a better appreciation for the advances made in solar panel efficiency over time.

How Is Solar Panel Efficiency Measured?

Simply put, solar panel efficiency is the ratio of energy from sunlight that a panel can transform into electricity. If you want to be a little more technical, here’s the formula:

Even without plugging in numbers, you can see that the more watts cells can produce, with the same amount of sunlight, the more efficient a solar panel will be. This can be important when evaluating commercial solar panels, but we’ll cover that later. First, let’s learn a little history.

Humans have been tapping the power of the sun for centuries. Magnifying glasses were used to concentrate the sun’s rays to ignite fires in the 7th century B.C. Architects throughout history have built structures with an eye toward the sky to capture as much radiant heat as possible. But it wasn’t until the 1800s when the photovoltaic (PV) revolution really kicked into high gear. Here are some highlights:
The major take-away from this quick skip through time is that the history of solar panel efficiency shows impressive advances at first, but is now running up against the barriers of physics. Higher-efficiencies require technologies that are harder to produce at scale at an agreeable cost. In other words, don’t expect any major jumps in efficiency for commercially-available solar panels any time soon.

In fact, depending on which physicist you talk to, there is also a very real theoretical limit to how much efficiency is possible for commercially-viable modules. Most authorities put that upper cap at about 30%. For some perspective, the average commercial solar panels manufactured today (with a few exceptions) hit a range of 17-20%.
Bottom line: while the future of solar technology is bright, advances will likely be modest for high-efficiency commercial solar panels.

But Records Are Made to Be Broken, Right? 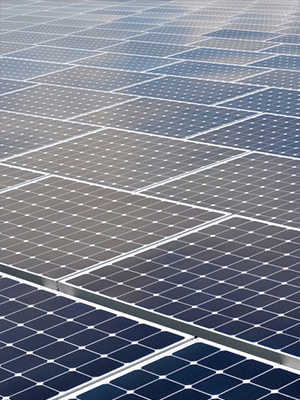 Creating high-efficiency commercial solar panels that break records is a worthy goal. However, when you see claims of a new efficiency milestone being reached be warned the results are often confined to the laboratory with no practical real-world applications on the horizon. The maximum efficiency number noted earlier is for something called “single junction cells”. These are your standard, mass-produced (and relatively-inexpensive) solar cells. When you see efficiency numbers climbing into the high 20s or beyond, be sure to read carefully. It usually means there’s some fancy tech going on that won’t likely hit the commercial market any time soon (if ever).
There are some other processes that can produce greater solar efficiency rates that do offer real commercial potential. For example, layers of different materials can be sandwiched into a single cell to capture different light spectrums, resulting in greater efficiency (more light is captured). Another approach uses lenses to concentrate sunlight onto small, highly-efficient cells (more sunlight goes into the cell, so more energy is produced). These applications can vastly improve solar panel efficiency, but likely at a considerably higher cost. The added expense may be worth it if you’re trying to power an orbiting satellite, where size, weight, and amount of power generated are key. For commercial solar power systems, however, they simply aren’t practical.

Now that you have a better understanding of what you’re looking at when you see a solar panel efficiency rating, here are a few other things to think about:

So How Important Are Efficiency Ratings? 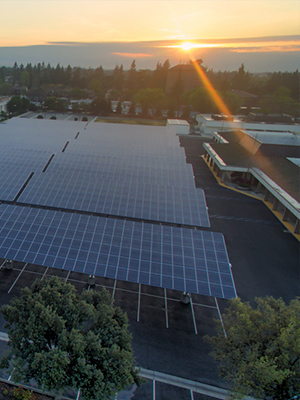 Are efficiency ratings important if the differences are within a few percentage points? That depends who you ask.
You may not be a member of Mensa, but if you think about it, commercial solar is a long-term commitment—so it would be short-sighted to only focus on up-front costs. Looking at solar panel efficiency ratings, as well as every other aspect of your investment that could lead to the most savings over the life of your system, is not only important—it’s the smart thing to do.