Is your organization considering going solar? Are you investigating different commercial solar financing options? A solar power purchase agreement (PPA) may be a viable choice.

Here are four questions organizations often ask about solar PPAs to help decide if this financing option is right for their needs:

What is a solar PPA?

A PPA is a financing arrangement that allows businesses, government agencies and educational institutions to purchase solar electricity with no upfront capital cost. You buy the energy, not the solar equipment. It’s a great way to get the benefits of solar without having to take on the responsibilities of being a solar system owner-operator.

A third-party PPA provider pays for the cost of a solar installation on or near your facilities (like a rooftop, parking lot or unused land). The provider takes responsibility for ownership, operation and solar panel maintenance. You simply enter into an agreement to purchase the electricity produced by the system at a predetermined rate per kilowatt-hour (kWh), the same unit of measurement as your standard utility bill.

A typical PPA agreement might run 20-30 years and may include a variety of purchase and renewal options. A Pre-paid PPA (PPPA) with a large percentage of the PPA payments provided at the beginning of the agreement is another variation of this funding method.

What are the pros and cons of solar PPAs? 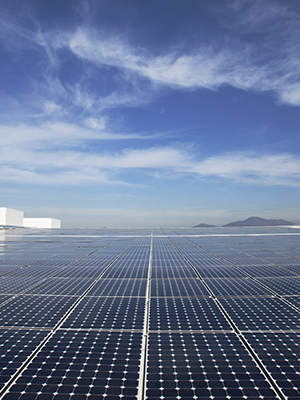 There are both benefits and drawbacks to solar PPAs. Weigh the pros and cons against your organization’s priorities before deciding if a solar PPA is right for you.

What should you look for in a solar PPA provider?

As with any important long-term decision, you should assess multiple PPA providers before signing any agreement. Ideally, you’ll want to look for a PPA provider who:

What pitfalls should you avoid in the PPA process?

Look out for PPA providers who subcontract or farm out parts of the PPA arrangement (which typically includes financing, construction, O&M and asset management) to sub-par contractors, financiers and/or O&M providers—or companies that expect you to negotiate each piece separately on your own. The process will go much more quickly and smoothly and have a far better outcome if you work with one company that does it all and/or vets its partners carefully on your behalf.

You should also inquire about what solar technology will be used for your installation. If your PPA provider uses inferior solar technology or substandard O&M, you may experience significant system downtime or a sharp drop in performance over time. Though you won’t have to pay when the system isn’t producing, you’ll be forced to buy energy from the grid at a higher rate to make up for it.

A solar PPA is one of several ways businesses and public entities can pay for solar. Weigh the pros and cons of solar PPAs carefully against your organization’s needs and priorities before deciding if a PPA is right for you. Then evaluate several PPA providers to ensure you find one that will be an excellent energy partner for decades to come.