California solar customers: It’s time to take action to protect your right to access the clean energy of the sun. Today we’d like to encourage everyone with a residential or commercial solar system to support the newly established Solar Rights Alliance, a nonprofit association dedicated to defending the right of every Californian to make their own solar energy without interference from electric utilities.

Solar is Under Attack

The Solar Rights Alliance was started because electric utilities are working to make it harder and more expensive for homeowners and businesses to switch to solar energy. For example:

SunPower has always done its part to fight for interests of the solar industry and solar customers through local and national trade associations, such as the California Solar and Storage Association (CALSSA) and the Solar Energy Industries Association(SEIA). But until now, Californians have not had an organized outlet of their own to advocate for their right to make energy from the sun.

Solar Customers are Powerful When They Unite

The Solar Rights Alliance, founded a year ago, is already demonstrating the power of an organized voice of solar consumers. Since it launched in 2018, this scrappy grassroots group has grown to more than 8,500 members statewide. The Solar Rights Alliance monitors what politicians, regulators and utilities are up to and alerts solar customers to take action right when their voices most need to be heard by decision-makers.

For example, last year members joined the fight to extend California’s consumer rebate for solar storage batteries. After hearing that then Gov. Jerry Brown might veto the proposal, the Solar Rights Alliance sounded the alarm and in 24 hours, more than 300 solar customers flooded his office with emails and phone calls, helping to prompt a speedy signature.

Over Easter weekend, more than 1,000 Sacramento area solar users emailed their local utility, SMUD, protesting a proposed new fee of $40 to $60 a month for solar customers. Facing a larger than usual public outcry, utility officials quickly withdrew the proposal. Not content with simply defeating a terrible idea, 30 solar users packed a public hearing room the day after the utility canceled the proposed fee, demanding that SMUD look to the future and embrace solar energy, rather than fight it. 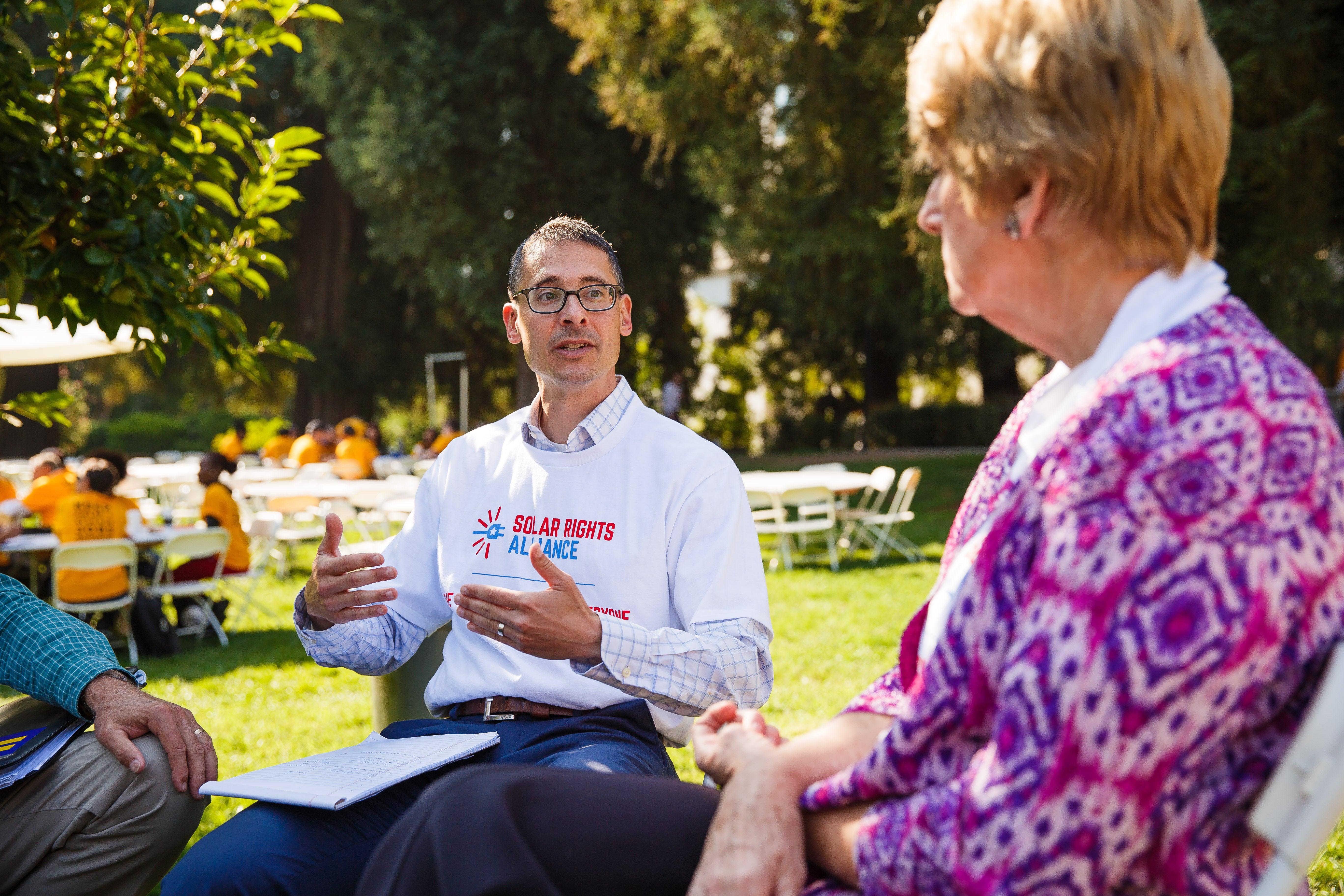 Support the Solar Bill of Rights

Solar Rights Alliance is free to join and is open to any Californian who has a stake in protecting a California commercial or residential solar system —  homeowners, renters, farmers, businesses, schools, etc.

When you sign up, you will get occasional emails alerts when decision-makers need to hear from you. The organization also sends along tips to help you maintain your solar investment. You can sign up to also receive alerts via text message.

We are committed to helping the Solar Rights Alliance succeed. We made seed contributions to help the organization get off the ground, and we’re informing our customers and dealers about how to join.

As Solar Rights Alliance member and Madera homeowner Ramon Torres said, “There’s strength in numbers. When one person speaks in a crowd, you’re not heard. But when many people speak together, you’re heard.”

Torres’ insight is the animating feature of Solar Rights Alliance and is what makes it so refreshing and exciting.

We encourage all solar users to unite by signing up today with the Solar Rights Alliance. By speaking together, we can help spread the freedom and independence of solar across California!

The Solar Bill of Rights, SB 288, is under threat, and the Solar Rights Alliance urges you to contact your lawmaker to voice your support for a bill that actually protects solar customers’ rights. You can also sign a petition in favor of the bill here.